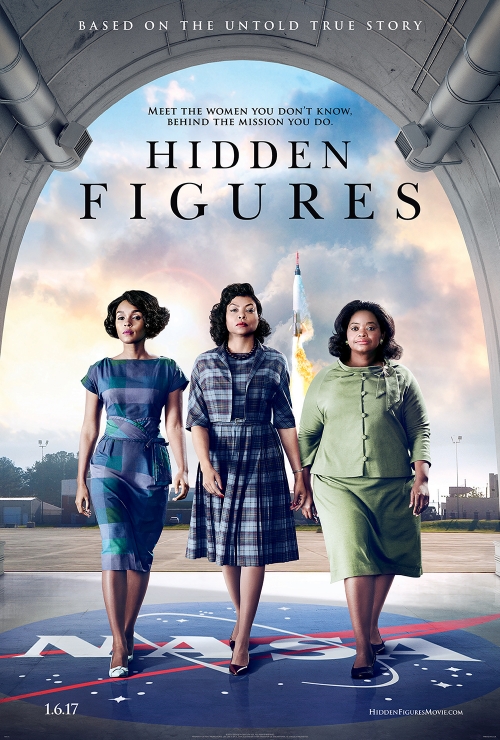 The excitement of watching mathematical brilliance unfold, women showing courage in the face of adversity, the complexity of sending an astronaut into space and an untold true story – brings me pure exhilarating joy and is definitely rated high on my film list.

Based on the book by Margot Lee Shetterly, ‘Hidden Figures’ takes us into the lives of three brilliant African American women during NASA’s space race with Russia in the 1960’s.
The film stars Taraji P. Henson  as Katherine Johnson, Octavia Spencer as Dorothy Vaughan and Janelle Monae as Mary Jackson. These women were the human ‘computers’ as they called them, who worked in the segregated West Area Computing Unit at Langley Research Center in  Hampton, VA. But as the pressure on the U.S builds up to get an astronaut into orbit, these three women are assigned different tasks which makes their competence, aptitude and strength shine.

Katherine is assigned to the Space Task Group due to her brilliance in analytical geometry. She works alongside white male co-workers who doubt her ability and are often skeptical to see a black woman performing complex mathematical calculations with determination and speed. 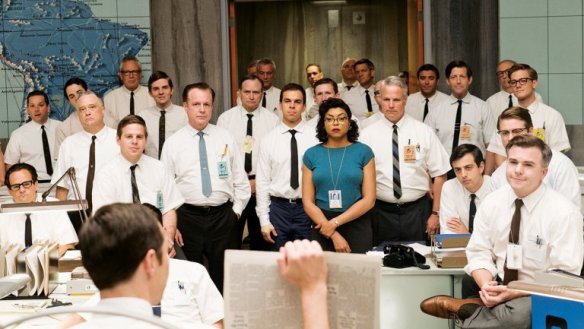 Dorothy led a team of ‘colored’ women at the West Area Computing Unit. Her requests to be officially promoted to a supervisor were dismissed and disregarded. Despite being turned down, she anticipates the need to learn Fortran – a complex programming language. NASA is starting to install an electronic computer – ‘IBM’ that could make her and her team redundant. Not only does she learn it for herself, but she imparts that knowledge to her team, so that they are ready when the time comes.

Mary is the feisty one, who worked in the Supersonic Pressure Tunnel and had the desire to become NASA’s first female engineer. This posed a problem as the lectures she needed to attend were at a all white school. Her ambition to challenge the status quo and to fight for what she dreamed of is worth mentioning.

And last but not least, there was some eye candy for our viewing pleasure. Mahershala Ali stars as a captivating love interest in Hidden Figures.

I read the book first (as I always do) before watching this incredible film. It is written by Margot Lee Shetterly and needless to say she has done some extensive research on the subject. The backdrop of this book brings much historical perspective and talks in detail about the racial prejudice that existed at that time. Even though, it is brilliantly researched, the book did not flow for me as I had hoped. The book lacked the personal connection I wanted to feel with these women. There was a lot of detail in what these remarkable women did, but less on how they felt, their emotions, and their words. However, after watching this film, I feel like I need to go back to the book, to re-read the details I may have skimmed over. Perhaps this one time, it makes sense to read the book after the movie.

This is definitely one of those ‘feel-good’ and inspiring films with a predicted ending (because of the true story). But the predicted ending does not take away from it’s uplifting theme. It has a perfect blend of tense moments, wise humor and personal hardships. It portrays the inequality and racism that existed in VA during the 1960’s and in times like today – make you question the inequalities and prejudice that still exists today. The performances by all three women is brilliant as is the uplifting song ‘Runnin’ by Pharrel Williams. Definitely a must watch.